Hi Legatho's here for a new kitbashing journey ! I always liked the Plague Toads from Forgeworld : 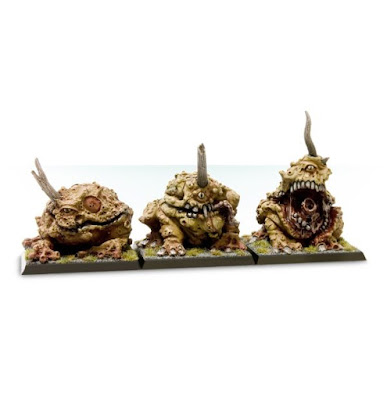 But, well... Forgeworld is resin, and I hate resin ! So I decide to make my own version based on some bitz I had recently. 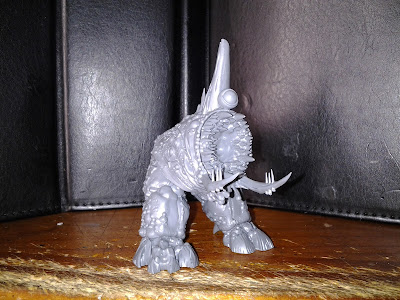 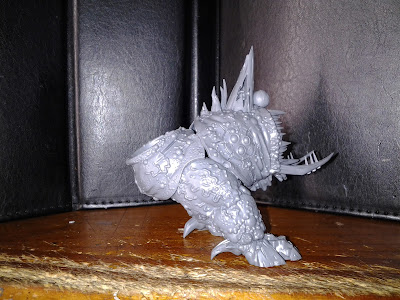 All the major parts came from the Maggoth Lord kit (extra leges and two extra heads) The eye is from the spawn kit. So now, I have to wait for greenstuff. And greenstuff there is ! 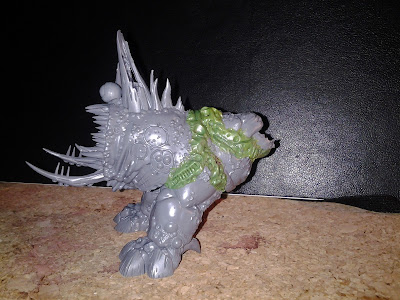 And after some hours, I start the paintjob : 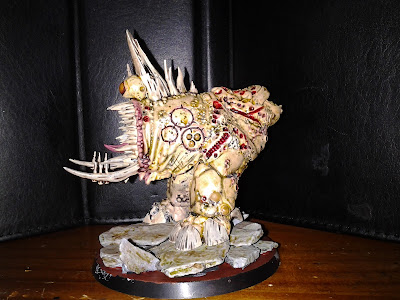 Thank you for reading.
Posted by Tonton De Pouget at 08:44 2 comments:

Hi, I'm Gabe, new to this blog, although I've been posting to the group page on Facebook for a little while. I feel quite honoured to have been invited to join this esteemed group of hobbyists so I hope that I don't disappoint. . .

I've been working on this little lady for some time now, it was only recently that I felt I could pick her up again and finish her off after a bit of a stumbling block in my life, I'm feeling I've got my hobby flow back so hopefully you'll see a lot more from me on here in the near future. . .

So here I present the first of my harpies, enjoy. . . 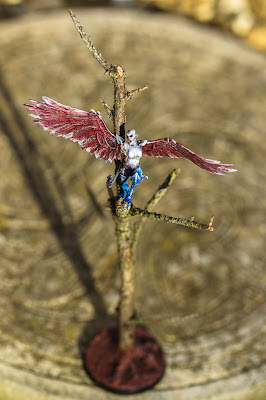 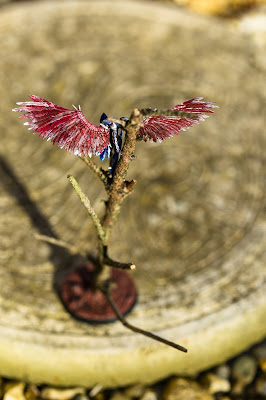 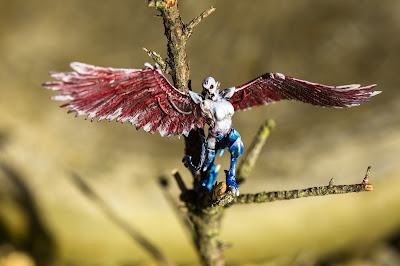 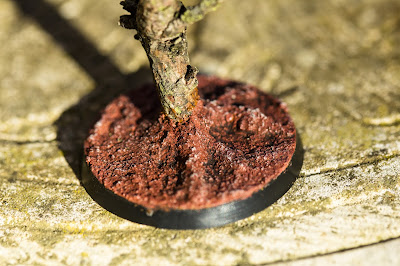 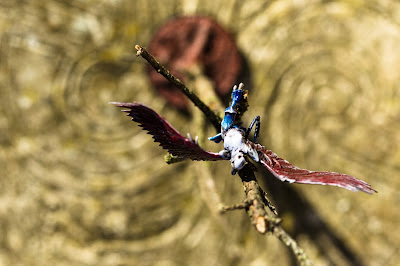 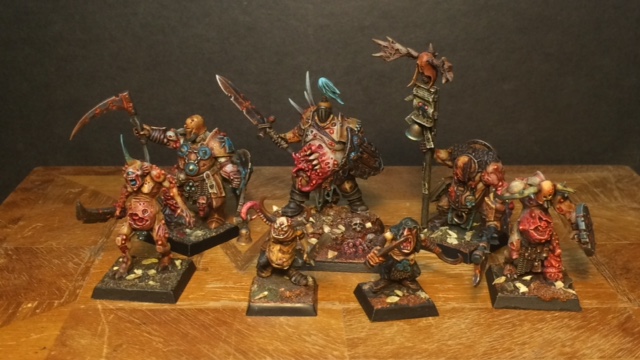 I'm Jeff Vader and Legatho/Manu has kindly asked to present my chaos related warhammer stuff on this fabulous blog. I mostly focus on 40k but have recently done quite a few fantasy themed models. There's something that makes chaos more compelling in the fantasy setting - purer somehow.

We start with my nurglii warband, led by the egregious champion Mawgut Gloop. 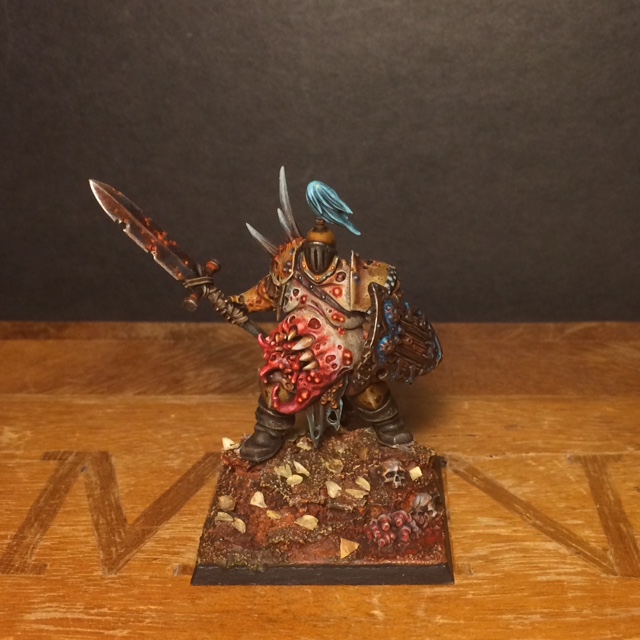 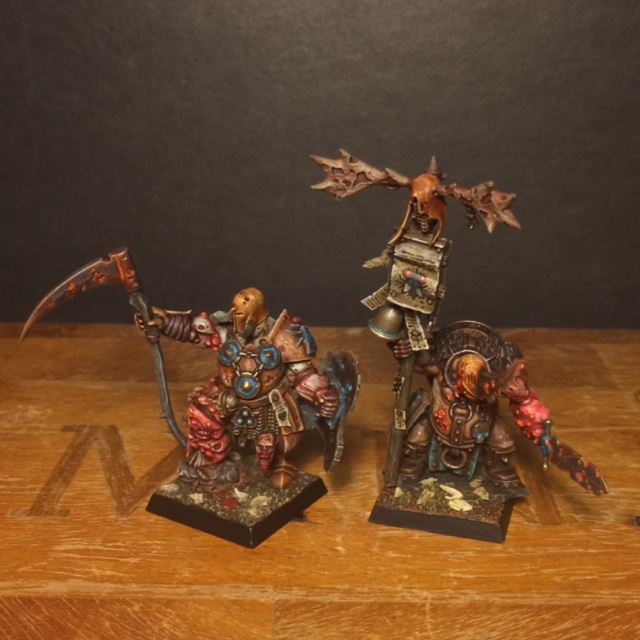 A heavily mutated chaos thug (or beastman - it's hard to tell) and two chaos gobbos who have sort of just tagged along. 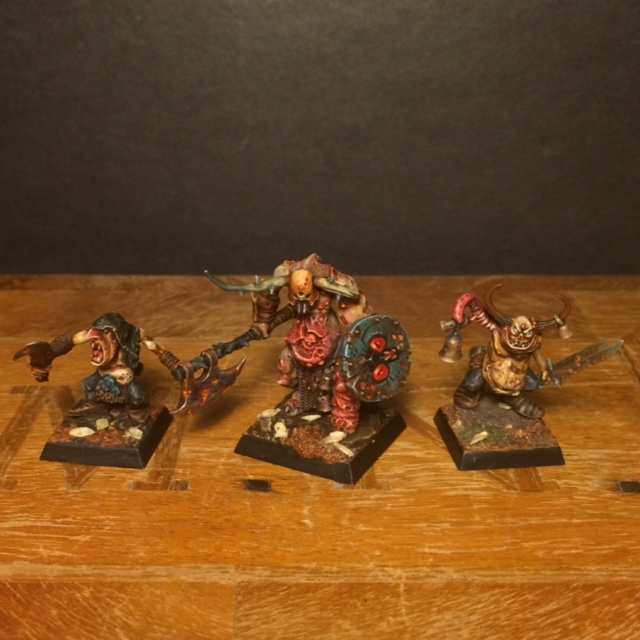 When the winds of magic grow strong they're also joined by the daemon Poxgut. 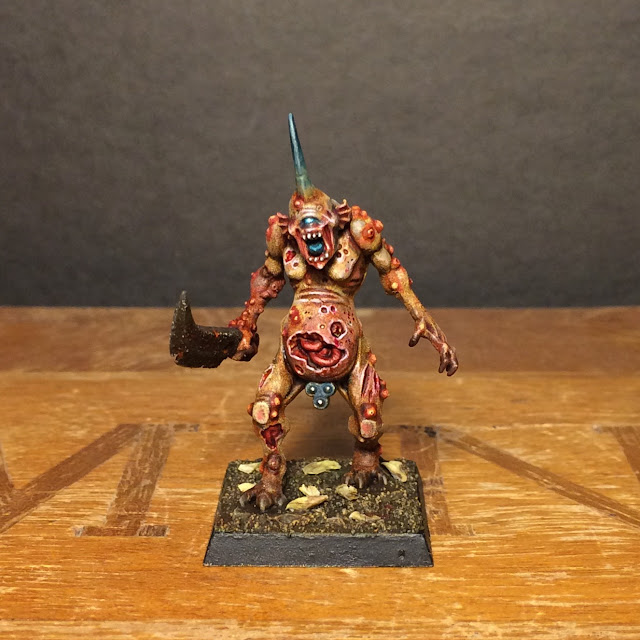 There's also a third chaos warrior in the works, plans for more beastmen and a big guy or two -perhaps a heavily converted minotaurs or chaos trolls. Or one of each. 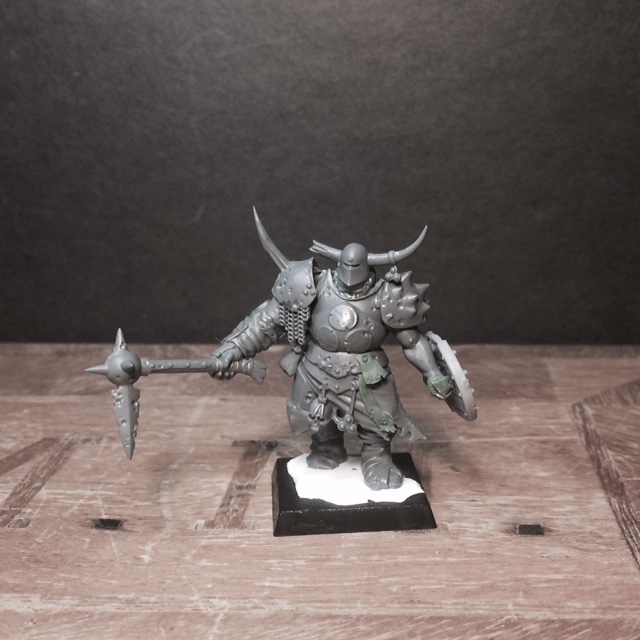 So that's the Nurgle part of my foray into the Realm of Chaos.
But I've also started work on a rival tzeentchean warband. The only model done so far is the Champion Mandragore Warpfeather. 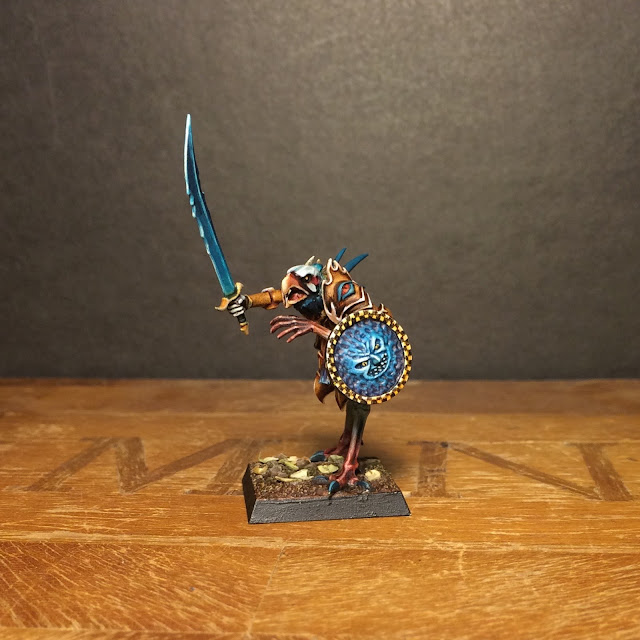 I'm taking a lot of inspiration from Realm of Chaos: Lost and the Damned for these two projects. The idea is to create warbands with an oldschool feel but mainly built from the new plastics.

Hope you all dig!

If you love Jeff's work take a tour on his blogs : Convertorum and Johan Egerkrans
Posted by Tonton De Pouget at 14:49 8 comments:

Did I told you we are legion ? Some months of work... maybe years... waiting on my desk.... thanks to friends, sales and shares...I was just asking for bitz.... I have more than an army 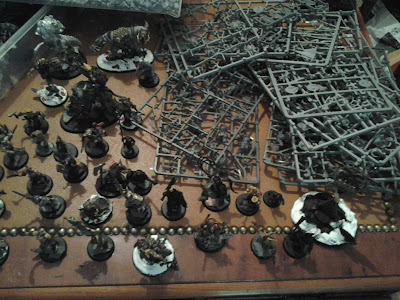 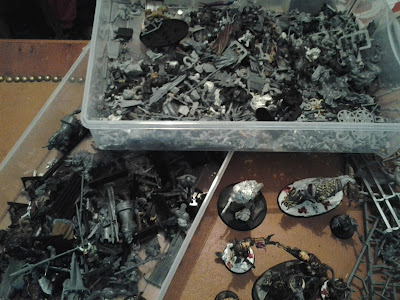 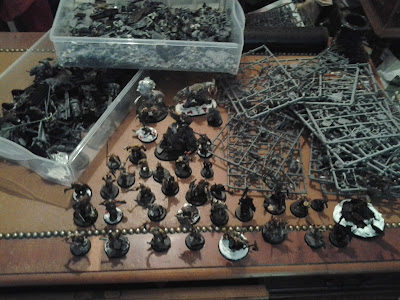 Be aware of the Yeties 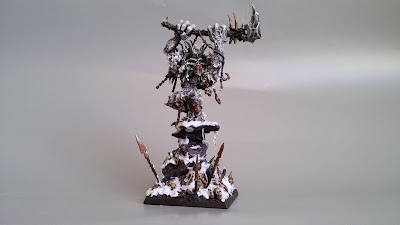 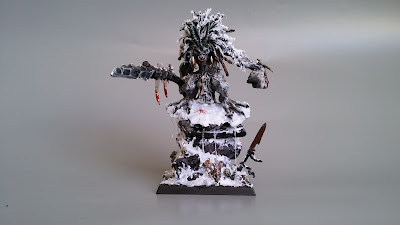 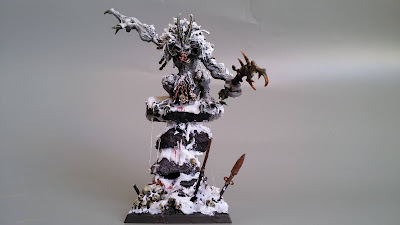 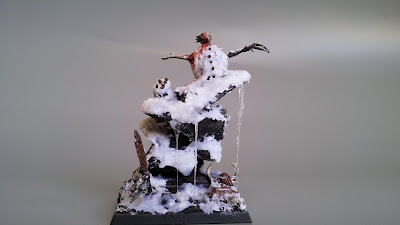 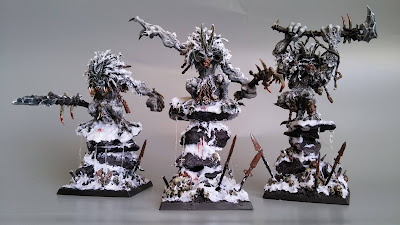